FROM WORKSHOP FLOOR TO THE BOARDROOM: LONG-SERVING DIRECTOR STEVE BALCHIN LOOKS BACK ON 37 YEARS 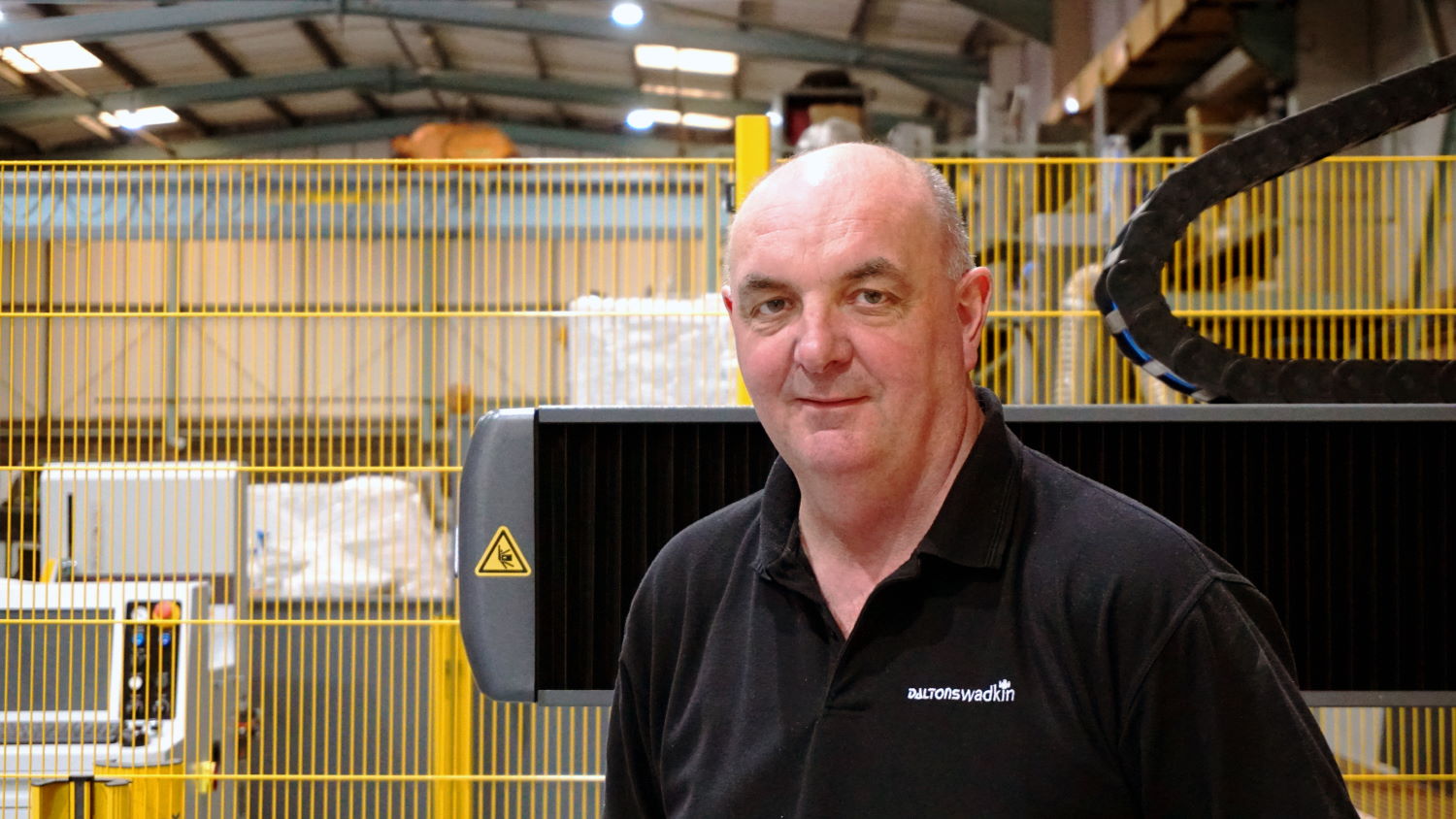 120 years is a long time to be in business. Even more so for a family-run firm like us.

120 years is a long time to be in business. Even more so for a family-run firm like us.

The company is a household name within the UK industry and has continued to go from strength-to-strength over the years, despite facing recessions, Brexit, and a global pandemic in that time. 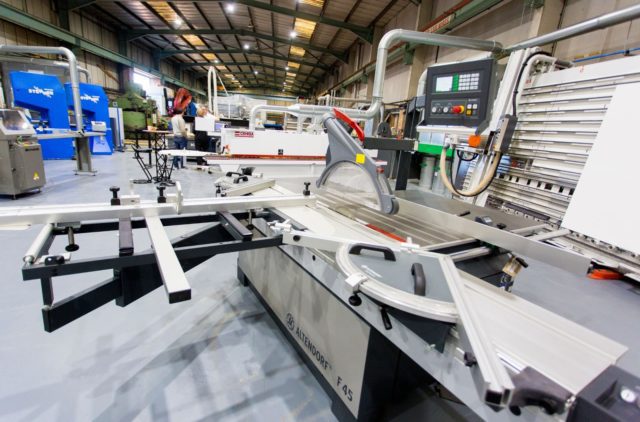 We’re proud to boast a low employee turnover and many of our team have been with us for many years, one of which being our Technical Director Steve Balchin.

Steve joined Daltons Wadkin in 1984 and is currently our longest serving employee. He joined us as an engineer on the workshop floor and in typical Daltons Wadkin fashion, no two days have ever been the same since.

In celebration of our 120th anniversary, we sat down with Steve to have a look back over his time at Daltons Wadkin and some of his proudest and fondest memories.

Q: How did you first get involved with Daltons Wadkin all those years ago?

A: I started with the company back in 1984. I’m actually a machine tool-fitter and mechanical engineer by trade. Previously, I covered metal machines, but when the opportunity at Daltons Wadkin came up, it made perfect sense. I was originally interviewed by Alex’s dad and uncle, Nigel and Francis Dalton. I did the interview, I went and got married and when I came back from my honeymoon there was a letter there offering me a job in the workshop as an engineer, servicing and rebuilding second hand woodworking machinery.
After about eight months, because I was the youngest person there by quite a long way, an opportunity came up to work on the road as a service engineer. I started to do that, then I became the service manager, then I was the service and works manager. I struggled to do both roles as it was difficult to manage the workshop and be out on site at the same time. I carried on the role as the works manager and then after a period of time, Francis and Nigel, offered me a directorship with the company with the added responsibilities that come with it. Now with Alex at the helm, we’re in a great position where we’re progressing as a company and are busier than ever.

Q: What has made you want to stay with Daltons Wadkin for so long?

A: The big pull for me is the fact it’s a family run business, even after all this time. Alex has done really well in taking over from his dad and uncle and he’s now the fourth generation of Dalton to be running the business. They’re a really good family run business to work for because for the simple reason you can go into their office and talk to them about anything you like and they’ll listen to you whereas if you work for a bigger company, you’re probably going to be just a number. With them being a tight-knit family business, and credit to them, you’ll find that most employees who work there, you’ll find they’ve all worked there in excess of 10,20, or even 30 years. They can’t be doing too bad as a business can they! Although the business has evolved in the respect that the service department has got a lot bigger and we now have a dedicated CNC support department to look after the more high tech machinery – but that’s been down to the natural progression of the business.

Q: Where has your role with Daltons Wadkin taken you and has there been much variation in the type of jobs?

A: At one point, when I first joined, we probably went as far as the east coast and in and around the Midlands. Now, we’ve got contracts all over the world. I’ve been to some of the most inhospitable places in the world to work. I’ve been to India, Africa, Sierra Leone, and the Falkland Islands. 20 or 30 years ago I don’t think the Daltons brothers ever would have dreamed they would be sending engineers all around the world to work on contracts. One minute you’re in a prison and the next you could be standing in a distillery so to be honest no day with Daltons Wadkin is ever the same. You do get a tremendous variety working on the road.

Q: What have been some of your proudest moments working for Daltons Wadkin?

A: I was asked to go to Sierra Leone to make a documentary with Channel 4. I was out there with Nick Hewer, who is the ambassador of a charity called Street Child. It’s a charity to help kids who have lost their parents to things like aids etc and helping people set up little industrial businesses but they’re all kids trying to support themselves essentially. I went out there with Nick and the film crew and we set up a workshop out there and this documentary was filmed and shown on Channel 4. I also did some work in India playing a part in their first ever furniture manufacturing plant. It’s quite rewarding when you share it with another colleague. We also did a big install for Bentley cars and received a tour of their factory as a thank you for all the work we did. I’m quite lucky for some of the opportunities that I’ve had and I’m very proud. Daltons Wadkin supplied the kit for the Harry Potter and James Bond films and I went and installed all the workshop equipment for the scenery sets. The first James Bond film we worked on was Moonraker and with the Harry Potter films we did all the work for them at Leavesden Studios. It’s quite surreal to think when you watch the films that all the machinery that’s used to make the sets, was set up and installed by us. It’s quite fascinating. Sometimes when you take a step back and look at a job you’ve done, you think, ‘Oh I’ve done a bit of that’. It is a nice feeling. Because I’ve worked there for so long, I’ve done quite a few prestigious jobs for the company which you know get quite a lot of publicity and write-ups in the press so it’s quite an achievement to think that Alex has that much faith in you to go and sort all that stuff out. 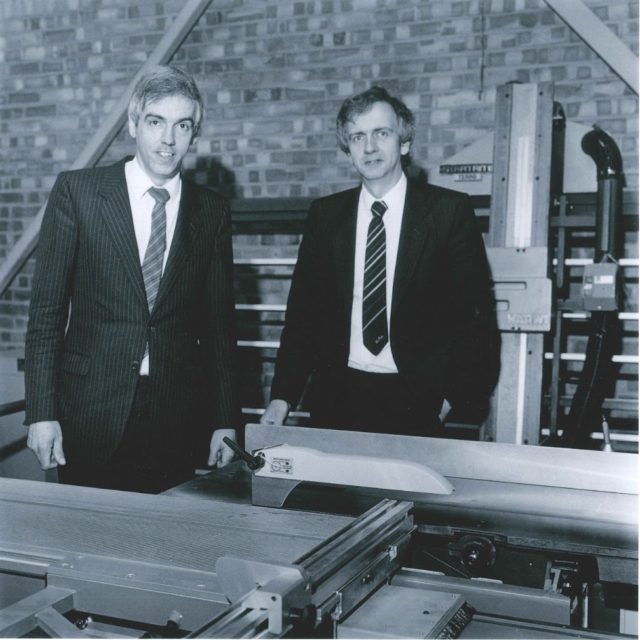 Q: What was your relationship with Nigel and Francis like and how has that dynamic changed with Alex?

A: I used to work quite closely with Nigel. You really could have a lot of banter with him, he enjoyed it whereas Francis was a lot more serious. He’d be giving me a lecture on not even attempting to wind him up or what have you. Since Alex has taken over, he has the same approach to life as his dad did and you can have a lot of banter and a lot of fun with Alex. Again, I think because it’s such a close family unit and the fact I’ve been there so long, I think I get away with more than say some of the newer ones joining the business.

Q: What do you think Daltons Wadkin has done well to ensure they’ve been around and relevant for 120 years?

A: I would say, they’re always prepared to try new avenues to boost the business. For example, originally, they used to do generator sets and things like that, just after the war and then diversified into woodworking machinery. Over the years, the woodworking machinery has developed and machines are getting more and more advanced. They’ve also expanded the portfolio of machines that we sell greatly so they’re not in a little bubble where they only sell two or three types. Supporting the customers has always been key. We now have one of the largest service departments of any distributor, a dedicated operator training department along with spare parts and tooling. Alex never stops talking about customer satisfaction and going the extra mile.

Q: In what ways has the industry changed over the years and what has the business done to stay relevant?

A: The industry has changed through the technological advancement of machines. The CNC side of machinery is always developing, along with new systems, safer systems. The HSE (Health and Safety Executive) introduced a new set of regulations in 1998 that meant all the manufacturers of the machines had to develop the machines and to progress them forward to keep up with the current regulations. That’s how it’s developed, it’s far more technically advanced than it ever was. The machines are bigger, heavier, faster and likewise with the accessories that go on it, they are always developing them. The industry itself has come a long way. here’s no more flat-belt drive machines now, they’re all direct on-drives, they’re all energy efficient motors and in the last 15 years, the design side of the machines has also changed. They used to be old green bland colours whereas now they’re aesthetically pleasing. But you have the old-school people who still love all the old cast-iron machines. The paintwork on all machines are done up to a high standard and you know the new machines look as good as a new Jaguar car with the finish on them. There’s massive advances in the quality, overall appearance and efficiency of the machines now.

Q: How did COVID impact the business and what kind of position are Daltons Wadkin in now following national lockdowns?

A: During the first COVID lockdown, the company mostly shut, leaving a handful of service engineers available to support critical industries. The general admin activities basically came to a stop and all the staff on the shop floor as well as office staff, were either furloughed or working from home. Ever since we’ve come out of lockdown, it’s gone back to normal and we’re actually busier now than we have ever been. 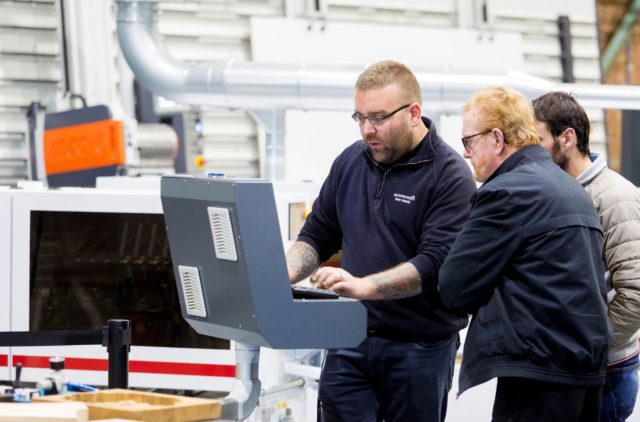 Q: Where do you see the future of Daltons Wadkin?

A: Alex is very keen to progress the CNC side of the business which there is massive development in. He’s really keen to get everyone trained and get the team up to speed. He’s definitely got the passion for continuing the Daltons Wadkin name. It has been going for over 120 years – there’s not too many family businesses who can say that. I have no doubt the future for Daltons Wadkin is in safe hands. Alex has the same mindset to progress the business as his dad and uncle had. The future is looking pretty good. He’s also not afraid to ask some of his more senior members of staff for our opinions and you know he’s quite prepared to have an open discussion on the routes he’s looking to go down. Me and other directors had a long-standing relationship with his dad and uncle and with Alex we’ve tried to continue that to help him where we can. Generally speaking, I think he’s had quite a good upbringing with people skills from his dad and his uncle so the future’s looking good.

Saturday - By appointment only 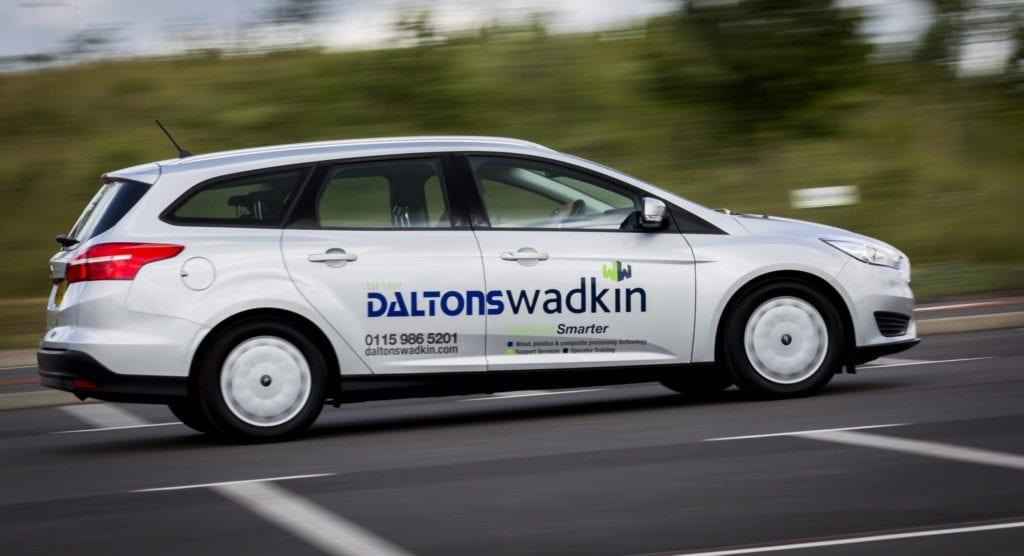 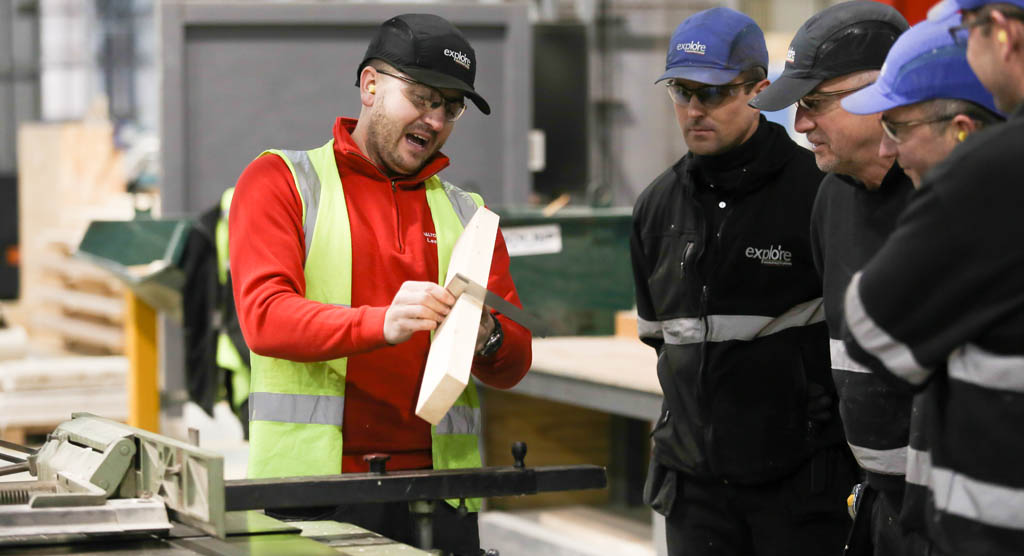